Pastor Russell grew up in a Christian home and since childhood called The Peoples Cathedral home. His relationship with God was always a special one and He, along with His parents, knew that God called Him to something special. From the age of 15, Russell began leading worship in his school’s I.S.C.F as well as Youth Synergy at The Peoples Cathedral. In 2009, at the age of 16, something special began to happen in worship and among the youth. This eventually led to a revival breaking out in the church. Many hearts were stirred and it is still etched in Russell’s memory.

Since then, Russell was afforded the opportunity to go to Southwestern Assemblies of God University in Waxahachie, Texas. There, he completed a Bachelors in Church Leadership (Cum Laude), and Associates in Bible, Music, and Business Administration. In April 2017, God spoke to Russell clearly about returning home after completing his studies. After months of deliberation, He told God yes, and since February 1st, He has come on staff as Worship Arts Pastor. With this new position, He has the responsibility of oversight for all worship and arts ministries of the church. His love for God, for people, for the arts, and the church has led him to this place. Since, starting this position, He has shared his vision for the Arts Department core values which are: Excellence, Expectancy, Encounter, and Engagement. With God’s help, Pastor Russell desires to see the ministry grow. 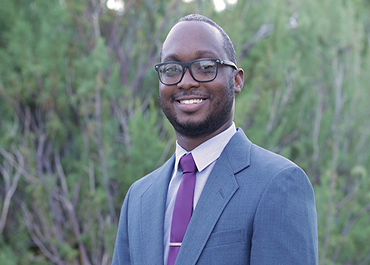