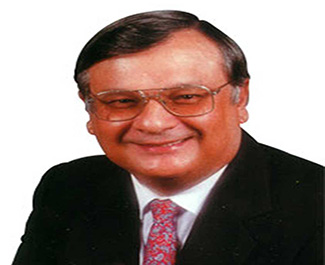 Born in Barbados in 1938, Rev. Dr Holmes Williams was a pastor, as well as a gifted evangelist. He conducted national crusades in many of the Anglophone and Francophone Caribbean islands, as well as in the United States of America, Canada, Europe, Africa, India and Asia. Through crusades, tens of thousands have come to Christ, several churches were established in various islands and over 300,000 persons have been enrolled in the Bible Correspondence Courses. He was the host of two well-known daily radio programmes – the 15-minute CHRIST IS THE ANSWER broadcast and five-minute GOOD NEWS.

He was educated at the Lodge School in Barbados and was active in soccer, cricket and the Cadet Corps.  At the age of seventeen (17), he worked as a Radio Announcer for Rediffusion and was at that time the youngest in that field in the West Indies.

In 1957, he accepted Christ in a Billy Graham crusade in Barbados but received no support from the traditional church that described his experience as one that was emotional and would not last.  In 1961, after wandering in darkness concerning the fullness of salvation, he dramatically received the Baptism of the Holy Spirit as described in Acts 2, and was called into the ministry through a vision. Holmes subsequently became the youngest person to hold a senior position in his field with the Canadian Imperial Bank of Commerce; however, in 1963 he responded to the call of God and relinquished that position to become a minister of the gospel.

In early 1964 during a prayer meeting, God spoke into Pastor Williams’ life that he had raised up The People’s Cathedral to be a lighthouse to the world.  He asked the Lord how this would be possible, to which the Lord responded – “I will give to you faithful men and women who will stand behind you and enable you to fulfil the vision and accomplish the task which I have given you.”

The People’s Cathedral under the leadership of Pastor Williams established approximately (70) ministries including a benevolence ministry that provides hundreds of food packages every year to Senior Citizens and the underprivileged.

Thus during the years, The People’s Cathedral also became heavily involved in evangelism and foreign missions. The Messenger, a Christian newspaper, edited by Michael Goddard, who was one of the top horse racing commentators in the Caribbean, identified Pastor Williams as one of the top five (5) people committed to World Missions and went on to mention that People’s Cathedral had contributed more than Bds$7 million to missions around the world.

Pastor Holmes orchestrated the distribution of literature through the members and Bible School students from the West Indies School of Theology to almost every home in Sixty-two (62) countries of the West Indies.

Furthermore, Pastor Williams had portions of the Bible translated into languages in countries where this had never been done before.  He also teamed up with Dr. Terry Law to print the New Testament and other religious literature for distribution in Russia. This resulted in one million souls won to Christ each year in 1997, 1998, and 1999.  The People’s Cathedral was actively involved in the distribution of Bibles in China, this resulted in an estimated nine million people coming to Christ in a single year. The church also provided food, blankets, Bibles and religious literature for the refugees in Afghanistan at the outbreak of the War Against Terrorism.

This ministry through the leadership of Pastor Williams was responsible for supporting 100 Cuban Pastors every month for a year. Additionally, The People’s cathedral has supported Foundation Heart for Haiti, a children’s village in Port-au-Prince since its inception in 1983. That project houses 100 children who have been orphaned or abandoned and over 60 senior citizens who have been abandoned. Two orphanages in India are also supported by this ministry; The Vickyma Mercy Home in Chennai and New Day Children’s Home in Kongapalem.

Pastor Williams purchased a 40ft Container, known as the Gospel Chariot, which travels all over the Caribbean where it has been known to stay from one month to several months in various islands.  The chariot is outfitted with a platform that can accommodate several ministers, the band along with a choir. It also houses scaffolding, which can hold the lighting system that can illuminate a soccer field; several tents are also included along with a system of over 30 speakers. The chariot has its own generator, which makes it a fully self-contained unit so that the only thing needed is the location of the crusade and permission to use the grounds. One full-time and several volunteer workers maintain the chariot and are responsible for setting up the crusade with co-operation from local church members.

The reach of the ministry was extended through the streaming of the Sunday services on our website www.peoplescathedral.org.  In December 2008 and the first few days of January 2009, the services reached eighty (80) countries. Some of those countries are The United States, Canada, Denmark, Holland, Russia, Albania, Lithuania, Czech Republic, Turkey, Botswana, Ivory Coast, Kenya, Lebanon, Iran, Kuwait, South Korea, Vietnam, Malaysia, China, Japan and Australia.

Under the direction of Pas. Holmes, the first Satellite campus of The West Indies School of Theology outside of Trinidad and Tobago was established on the campus of The People’s Cathedral. It currently offers a three-year diploma course; however, plans are in place to move towards degree programmes in the future. Since its inception in 2001, over 100 students have graduated with a diploma in Theology or pastoral studies, several of them are currently involved in ministry in various churches around the island.

Pastor Williams is a former chairperson of the Barbados Christian Council that embraces some fourteen (14) denominations.  He was the first Pentecostal minister ever to hold this position in the history of the Council.   During the early 1970s, Pastor Williams was appointed by the Prime Minister of Barbados to serve as the first chairman of the Cave’s Authority, a statutory corporation that supervised the development of the now world-famous Harrison’s Cave, one of the great tourist attractions of Barbados.

On the twenty-fifth anniversary of the Independence of Barbados, the Governor-General, acting on behalf of Her Majesty, Queen Elizabeth 11, conferred on Pastor Williams the Silver Crown of Merit in recognition of his service to the Christian church in Barbados.  He gained a Bachelor and Master of Theology and on June 16th, 1992, was awarded the Honorary Doctor of Divinity by Faith Theological Seminary in Tampa, Florida in recognition of his years of outstanding Christian service as Pastor and Evangelist.  On July 10th, 2008 The West Indies School of Theology conferred on him the Honorary Doctor of Divinity for his labour of love in the ministry for over 40 years, as an evangelist and pastor, who contributed to the development of the Caribbean church, as well as other areas of Christian ministry.

Pastor Williams was an ordained minister of the Pentecostal Assemblies of the West Indies, who served on the General Executive body of that Organisation.  He was married to Rosie, and together they have three (3) sons, eight (8) grandchildren and one (1) great-grandson.  His hobbies were swimming, reading, deep-sea diving and golf. 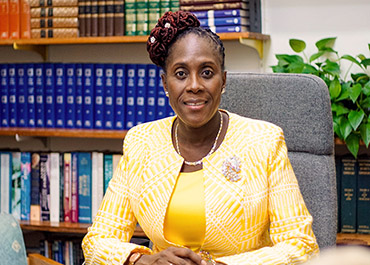 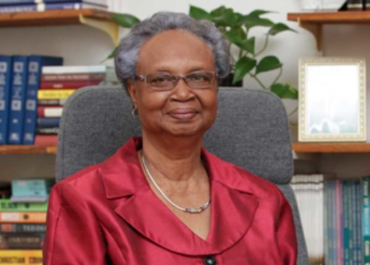